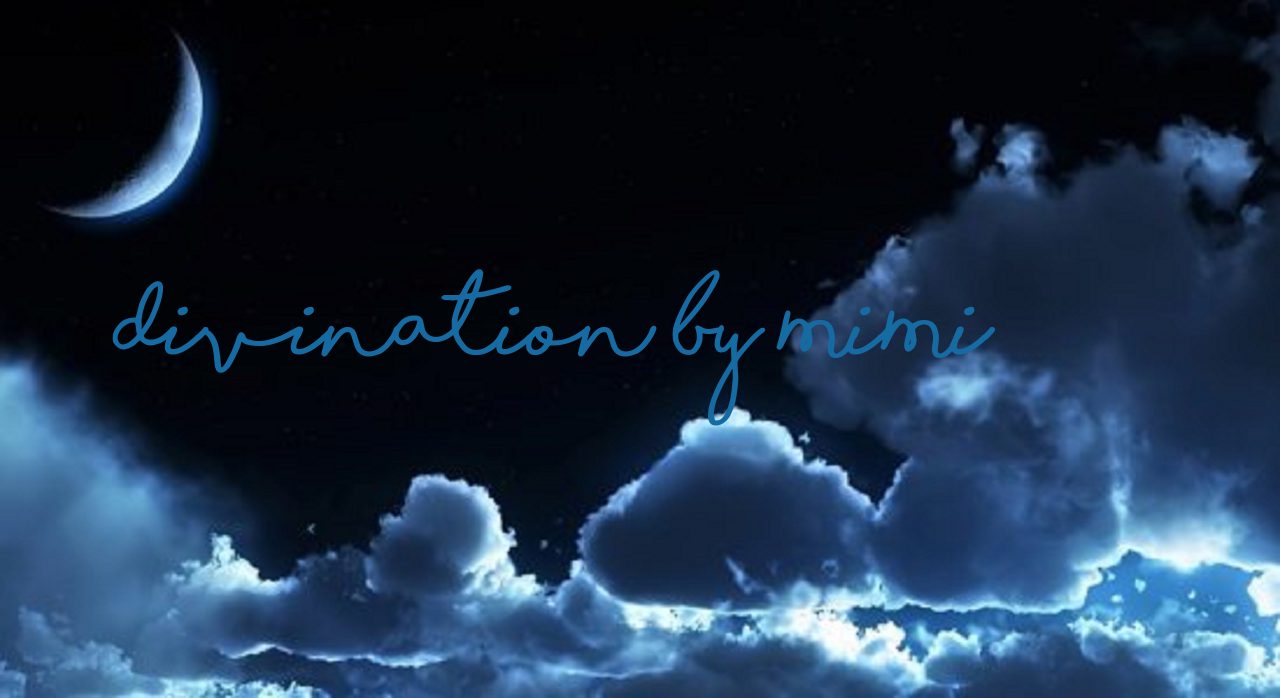 The new moon in Gemini is a very positive, social and communicative lunation. It is Gemini being the heady sign he is. Lots of catching up on the latest news and playful games of the mind, as well as spending time in communion (at a safe distance) with friends.

This new moon trines Saturn in Aquarius which is great for thinking about and planning out long term goals. The energy is positive and mentally focused.

Our card for this Lunation is:
The Ace of Wands Upright
This card illustrates the positive energy and wonderful opportunity this trine can bring. Lots of energy and a new start on a project that is close to your heart.

As it is a full moon, this means the sun and moon oppose each other. Sun in Aquarius is about the collective and the moon in Leo is about children and creative endeavors. Talking as they are you may see family plans or situations reach their culmination.
This full moon is about acting from the heart center. Very creative energy and it’s an impetus to let your true unique self be expressed. It’s a generous energy as well.

This Lunation trines Mars in Sagittarius which is great for projects , however, at 8:00 am, when the moon is void of course and is feeling both Leo and Virgo energies and making potential actions or decision null. During this time wait before acting or planning as it might be a moot point. Wait to plan and act later in the day. But do act and plan. Activate this energy and fearlessly and confidently begin new projects and goals.

Our card for this Lunation is:
4 of Wands Reversed
This full moon is a right of passage. A test of our courage and passion toward our dreams. Stay focused in this energy of drive, ambition, passion, confidence and compassion and see your dreams come to fruition.

This Lunation squares Uranus, now direct, in Taurus brings big change with some mild discomfort. Both Aquarius and Taurus are fixed signs and are resistant to change making this square feel disruptive.
However, that change is made easier as Mars sextiles Mercury supporting projects and new ideas.
Great energies for new directions in life.

Our card of the Lunation is perfect for the energies at play.

5 of pentacles reversed
Mercury in Taurus odd friends and yet function as a rehabilitation and a reassessment of old ways vs. new ways. A positive response to a new direction makes for a reconnection to source from which all blessings flow. 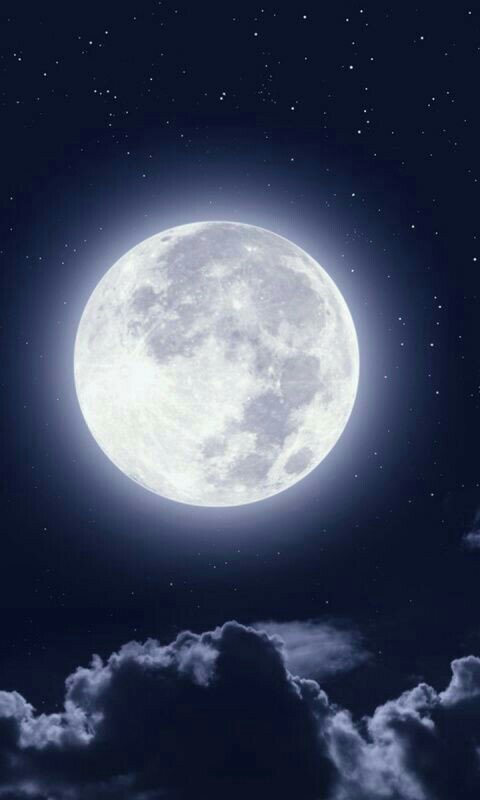 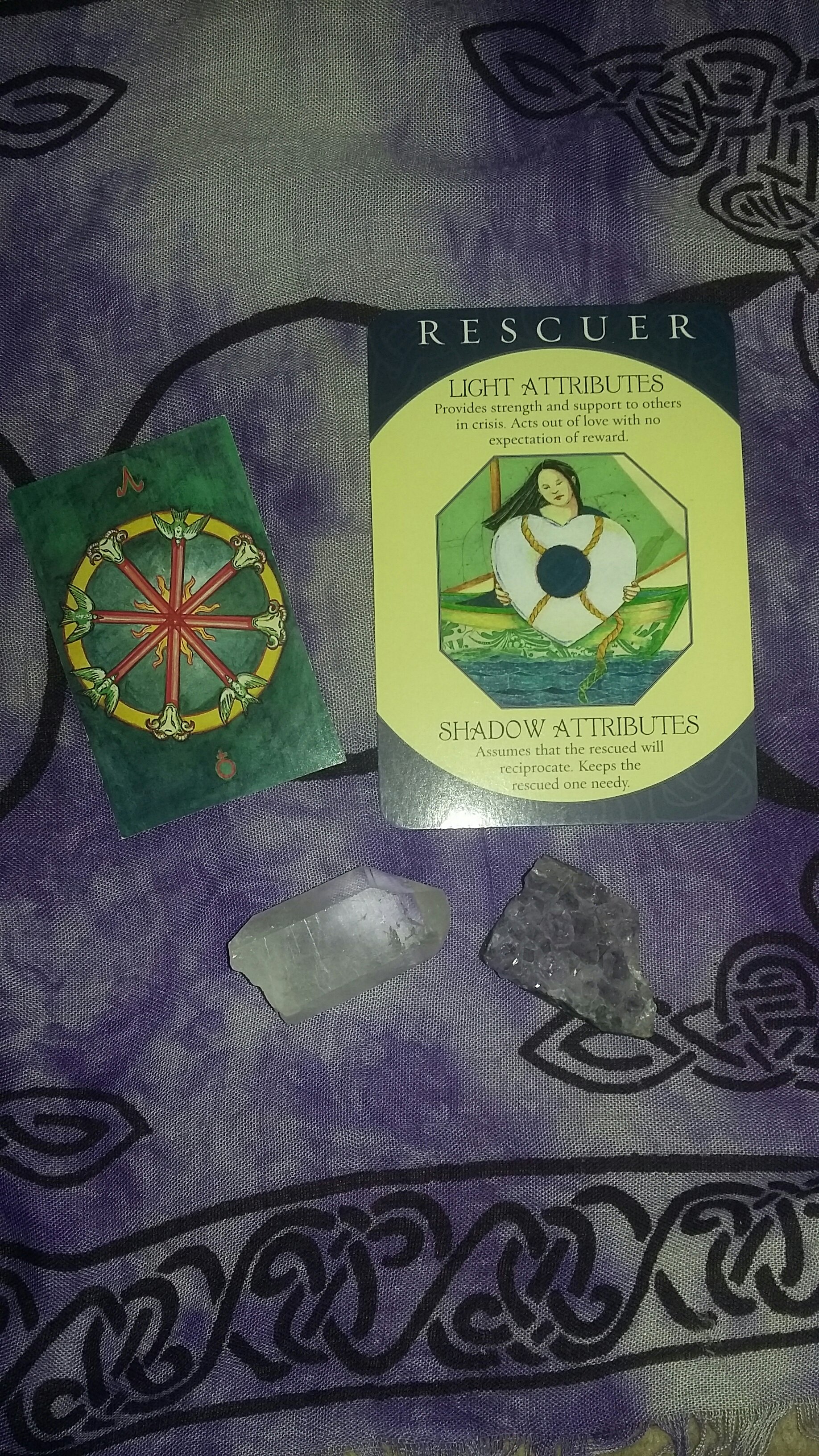 This is a manifesting full moon highlighting what you want. Perhaps something you’ve wanted for a long time.

This lunar energy is supported with 2 beautiful trines with Saturn and Pluto both in Capricorn. This brings transformation into the 3 dimensional world.

If that weren’t awesome enough, a harmonious sextile is formed with Pluto and Saturn with the Sun and Mercury.

Lastly, a sextile between Saturn and Neptune brings dreams to reality.

Really nice energy and a great time to start focusing again on some of those long time dreams, plans, and goals. This is the time to make them a reality.

Our cards for this lunation are the 4 of wands reversed suggesting a rite of passage testing patience and calm. With these manifesting Moon energies, don’t rush or force your will, let divine move you in the right direction at the right pace.

We also pulled the Rescuer archetype. As divine guides you in your endeavors, it frees you to gently help others from a genuine place of love. 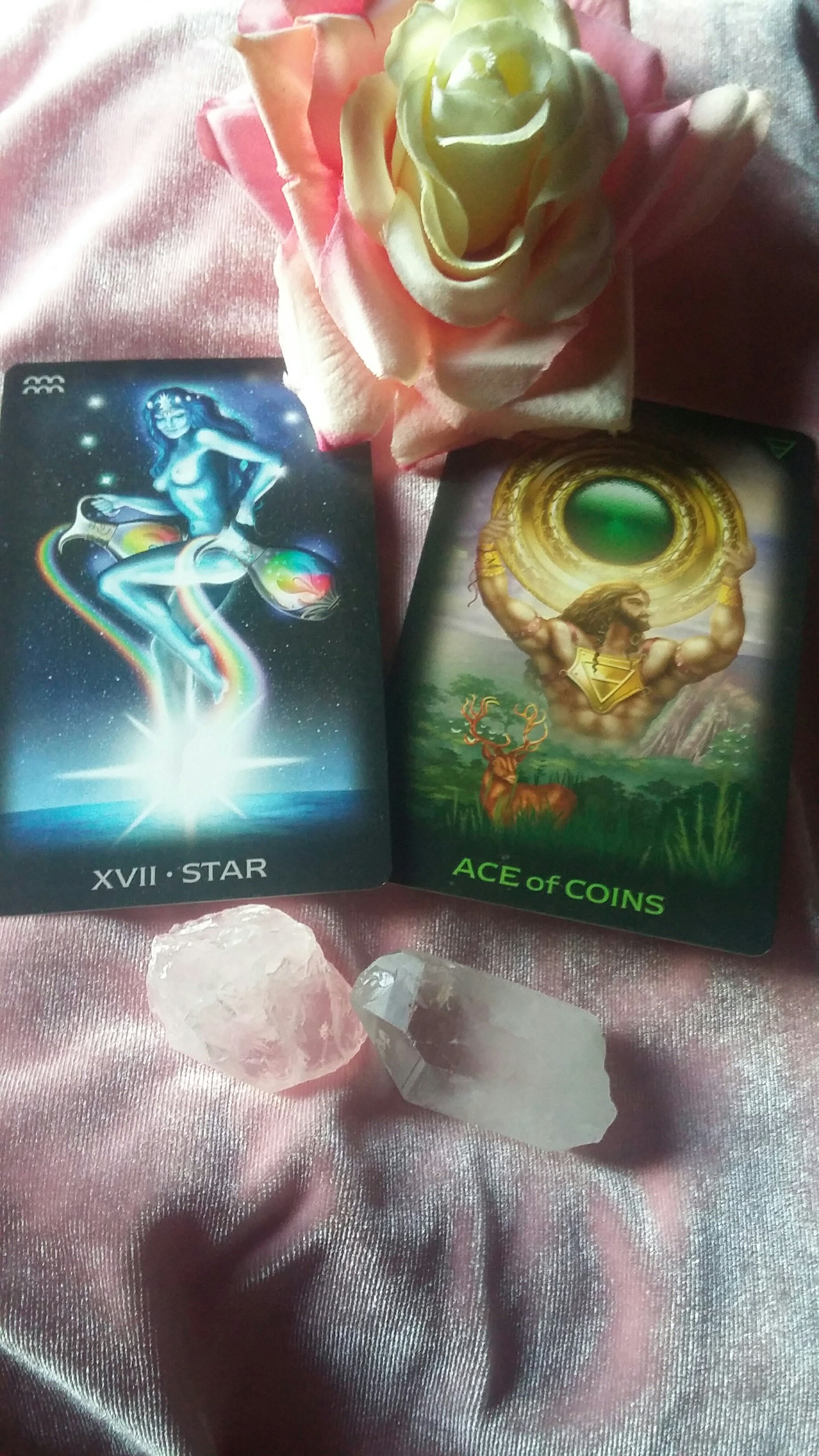 A New Moon at 5 degrees of Libra occurs today. This brings strong bonds of love with Venus in her celestial home of Libra.

However, both Venus and Mercury are square to Pluto, AND, with Saturn conjunct Pluto expect power struggles in your interpersonal relationships. Also, an energy shift which can prove very productive.

Additionally , Neptune is Sextile to Pluto, so there is an opportunity for creative transformation and a feeling of charity and philanthropy.

As you can see, Pluto is playing a major role during this New Moon so themes of transformation and power are front and center.

This is a Huge energy shift. Take advantage, otherwise, you will feel hyper, bored and might be looking for a fight.

2 cards came out today which reflect that Libra New Moon with Venus at home energy :

Star card and Ace of coins.

Optimism and progress with a new financial opportunity. Joy and Value. Can’t beat that!

Have a transformative and loving new moon soul family ♡☆ 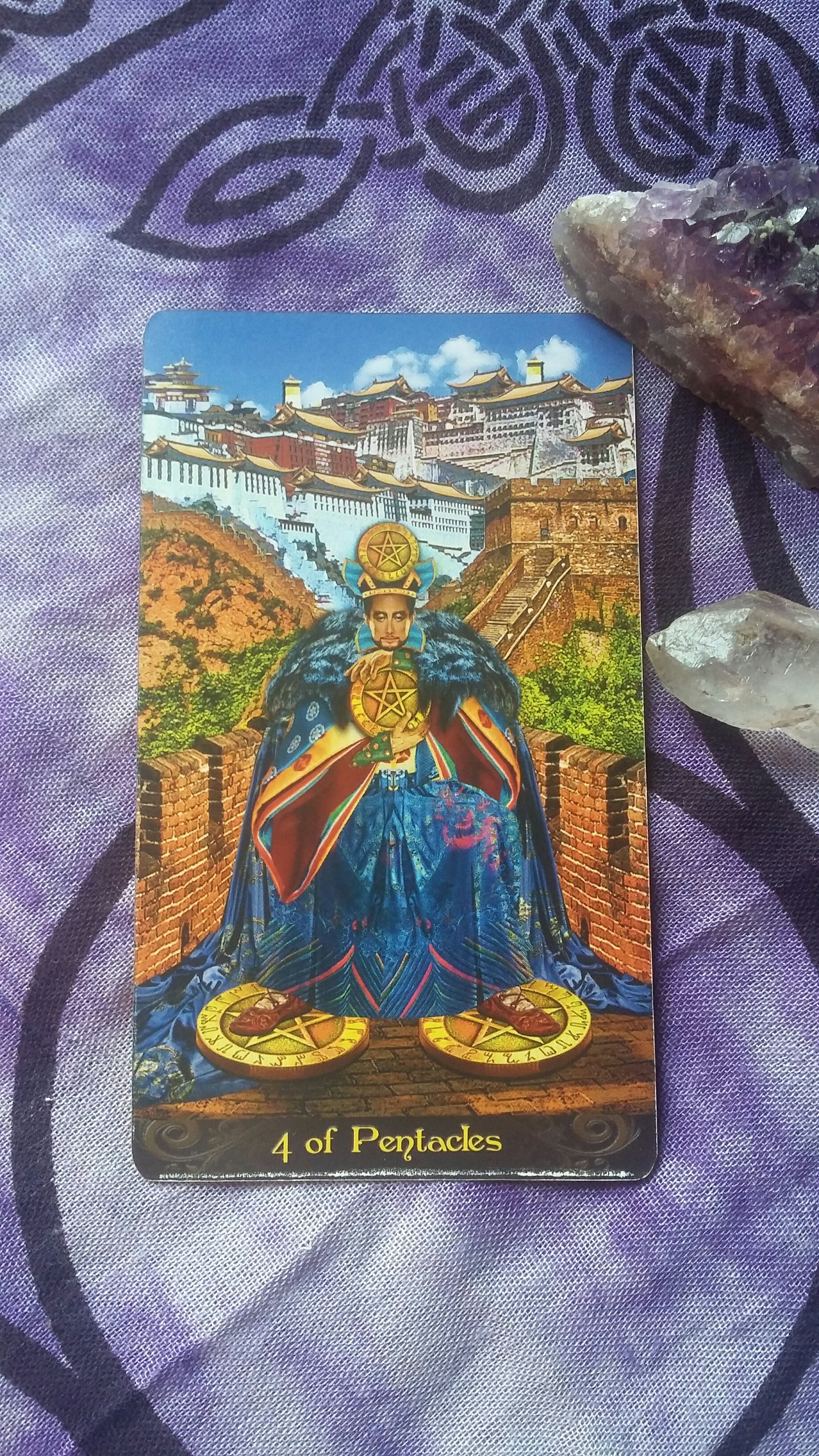 There is a beautiful trine with retrograde Neptune, and our Pisces Full Moon. This makes for fluid creativity, compassion and empathy. In addition your psychic antenna will be in perfect condition for a ton of downloads, now steadily coming through the thinning veil between worlds.

Our card for today is 4 of pentacles. Frugality yes (keep the check book balanced, especially in all of this dreamy piscean energy), but also take the time to enjoy and celebrate what you have. The gifts you have been blessed with, the free time you are afforded, and the people in your life. Cherish them and hold them close.

Have a creative and blessed full moon soul family ♡☆ 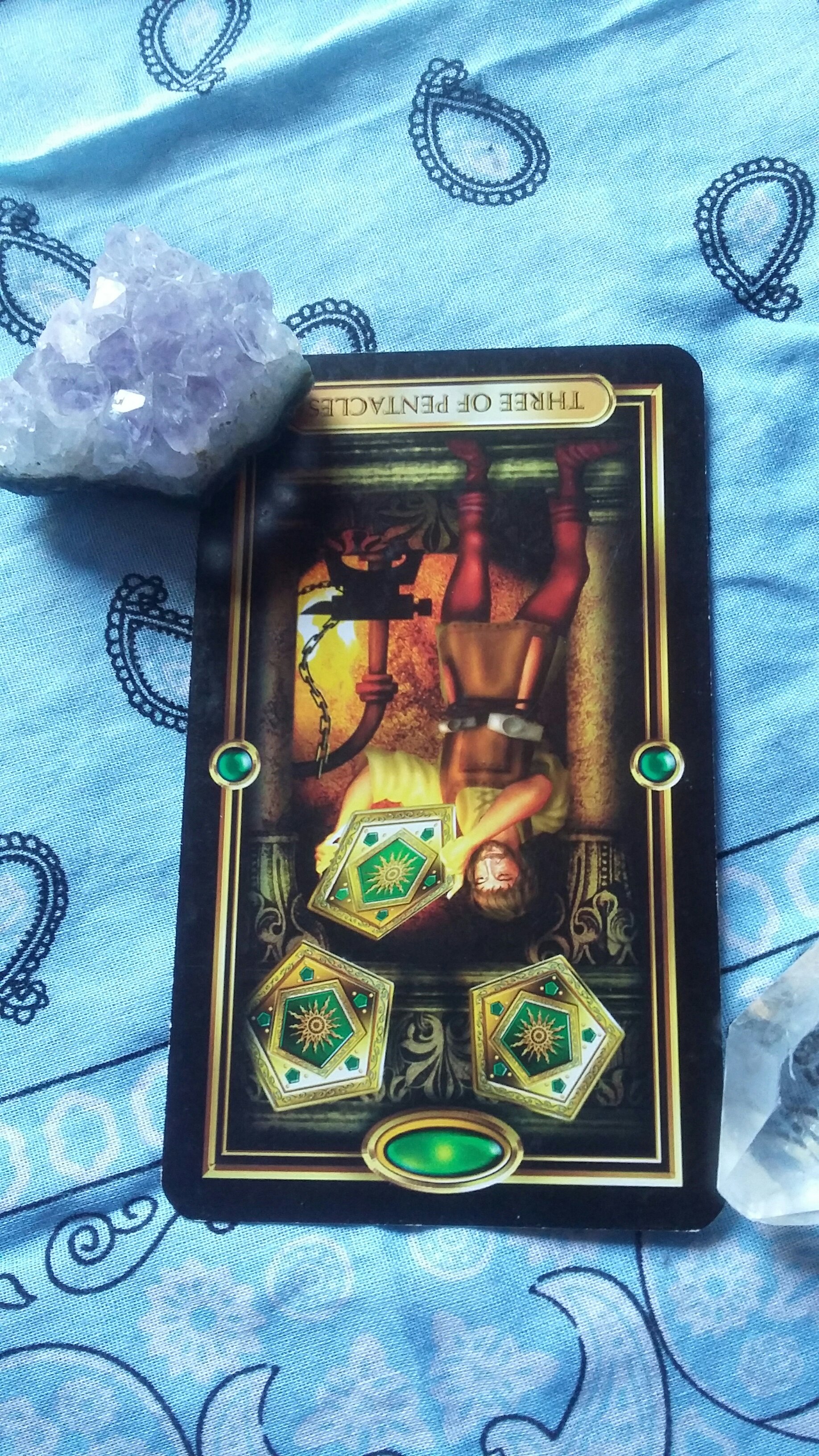 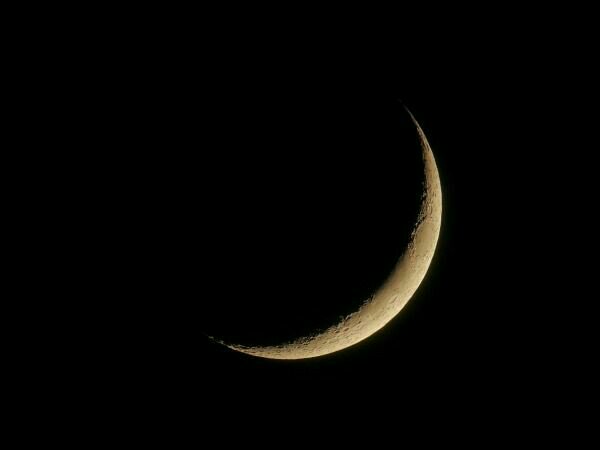 Mars and Venus conjunct in Virgo can bring possessiveness, competitiveness, and hyper criticism to your interpersonal relationships. It also brings romance and passion.

With both Mercury and Mars in Virgo a laser like precision is applied to career matters. A trine with Uranus creates an opportunity for growth. Also competition. The perfect segue to our card 3 of coins reversed. Beware of mediocrity. If you are exerting only partial effort in the workplace, now is the time to up your game. This new moon and Uranus trine brings opportunity of growth and advancement. Much love soul family 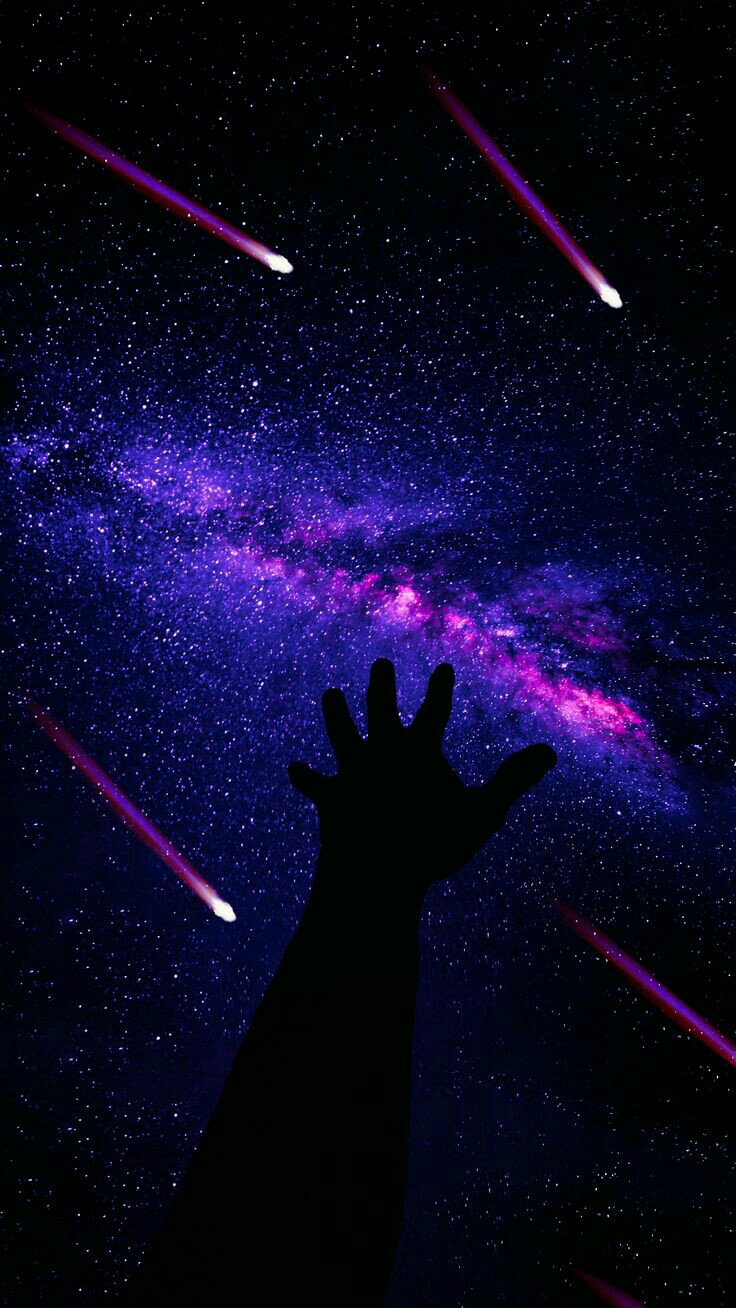 Monday ○ Aquarian Moon squares Jupiter in Scorpio making for short lived agitation with how feelings are understood and expressed. It could manifest itself in an emotional discussion where one side does not acknowledge and validate the feelings of the other, or, they simply do not understand them. Luckily, this aspect won’t last too long.

Tuesday ○ Moon enters Pisces bringing a dreamy quality to life and emotions. It also increases psychic ability and intuition. Listen to universal messages at this time. Additionally, Sun in Gemini conjunct Mercury, Gemini’s ruler, and also in Gemini will create the perfect environment for communication. Great for making that sales pitch or putting an idea out in the world. Clear and persuasive interactions are the order of the day. Later things get deep and intense with Venus in Cancer opposing Pluto in Capricorn. ..deeeeep feelings and longings bubble up to the surface. Sexy and potentially, obsessive.

Wednesday ○ Pisces Moon trines Jupiter in Scorpio, and Neptune in Pisces (ruler) is conjunct the Moon in Pisces brings even more emphasis on intuition and deep understanding. Great time for psychic abilities. Later the lovely trine of Venus in Cancer with the Moon in Pisces, although very intuitive and tuned in, can be easily coerced and influenced by the silver tongue skills of Gemini Sun Squaring Neptune in Pisces.

Although, it may not be instinctual here, employ a little logic so as to not be led astray.

Saturday (evening) ○ Moon enters Taurus where she is exalted and comfy. In fact Taurus loves comfy, so you may be inclined to stay home and enjoy close relations. Not a bad idea as that Taurean Moon is conjunct Uranus(unexpected changes).

Sunday ○ Moon in Taurus trines Saturn in Capricorn. Great for budgeting and fine tuning plans for finances. Positive and abundant outcomes will be likely. The energies favor it.

Have a beautiful week! 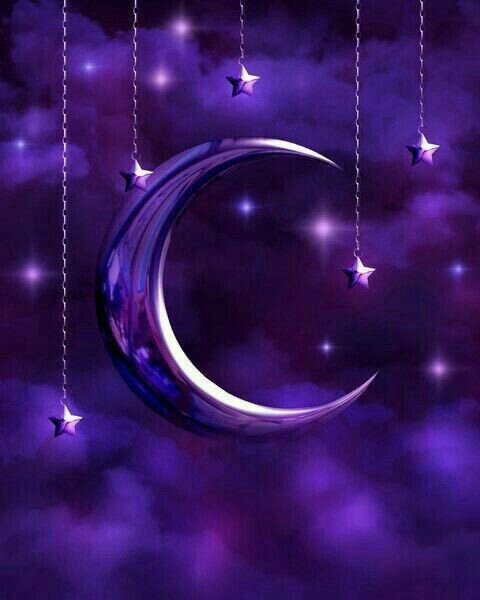 Monday • Moon enters Virgo and soon after trines Uranus in Taurus this earth trine will be helpful in analyzing what you have and are grateful for. It brings positive transformation to the way you think about money, how it’s obtained and how it is allocated for the good of all.

Tuesday • another earth trine, moon in Virgo trines Saturn in Capricorn making for productive analysis on how to bring dreams into reality.

Wednesday • is a day for open communication about ideas and concepts ranging from the esoteric to ideas technological progress of the way we farm. Moon in Virgo trines Mercury in Taurus. Mercury also opposes Jupiter in Scorpio. Moon in Virgo opposes Neptune in Pisces late in the evening brings deep analysis and discussion of the meaning of life and the mechanics of the universe.

Thursday • Moon enters Libra who later trines Mars in Aquarius and the Sun in Gemini. Reconciliation and reconsideration of past relationships and what they mean to you on a soul level. Also use social media to move ideas into the 3d world.

Friday • Jupiter in Scorpio trines Neptune in Pisces deep divine connection. Intuition, compassion and peace are on fleek. Could be a lucky day as well.

Sunday • Moon and Jupiter in Scorpio form a conjunction exacerbating the energies of both. Alot of emotional purging this day. A lot of release and forgiveness. 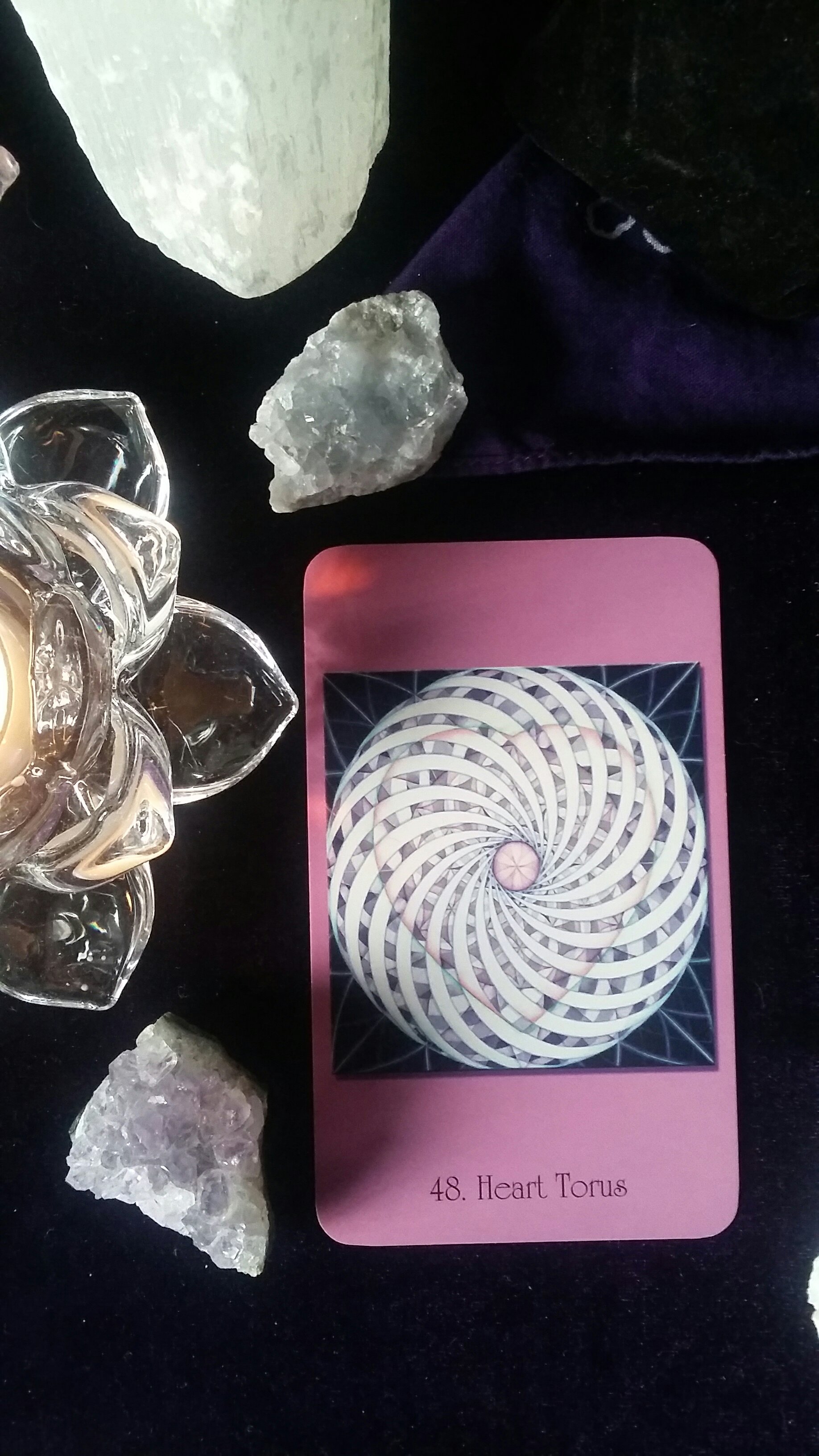 48. Heart Torus~Intelligence of the Heart.

The earth’s magnetic field is like this shape. It folds energy in onto itself in a perpetual motion that maintains and increases energy output as momentum is maintained or increased. Self contained yang and yin energy at once, truly mirroring spiritual balance….that said….

Emotions can have momentum as well.

Ask yourself if your energetic momentum is balanced.

Emotions can really take you on an unbalanced ride and this week especially with major energetic power struggles as Mercury in Aries squares Pluto in Capricorn and Venus in Gemini squares Neptune in Pisces. A really tough aspect with gossiping and manipulation.

OBSERVE and do not engage. It’s our avatar egos jockeying for food chain position.

Keep emotions in a smooth, maintained momentum. Observe them, address them and release them, but don’t attach yourself to them. This balance will serve us this month with these major energetic shifts.

Your Support is Appreciated

Your Support is Appreciated :)